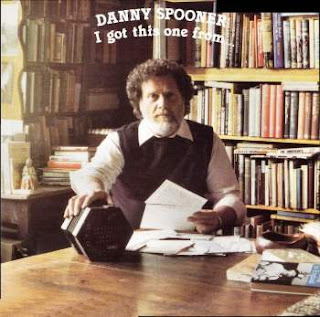 Danny Spooner is an ex-pat Brit who has called Australia home since about 1962. He has produced several albums and featured on many compilations mainly as a singer of British Isles folk songs. He is still an active performer in Australia and overseas and his longevity as a performer is ample evidence of his continuing excellence as a great, no-nonsense, no-frills, folk singer. If you get a chance to see him perform, jump at it.
This LP was produced in 1986 and has long been out-of-print but you can get his more recent CDs - just Google! These tracks are courtesy of Denis who provided great copies of the LP sides. Many thanks Denis.  Graphics are included with the download. The rear of the LP cover is a bit faded but is well worth a read for Danny's comments.

Download MP3 192-224 VBR
From MediaFire
Danny Spooner's widow has advised that plans are currently underway to expand the www.dannyspooner.com website to re-release Danny's music to raise funds for a memorial statue. Accordingly, the album is no longer available for download.
Posted by Paul the Stockman at 10:14 PM