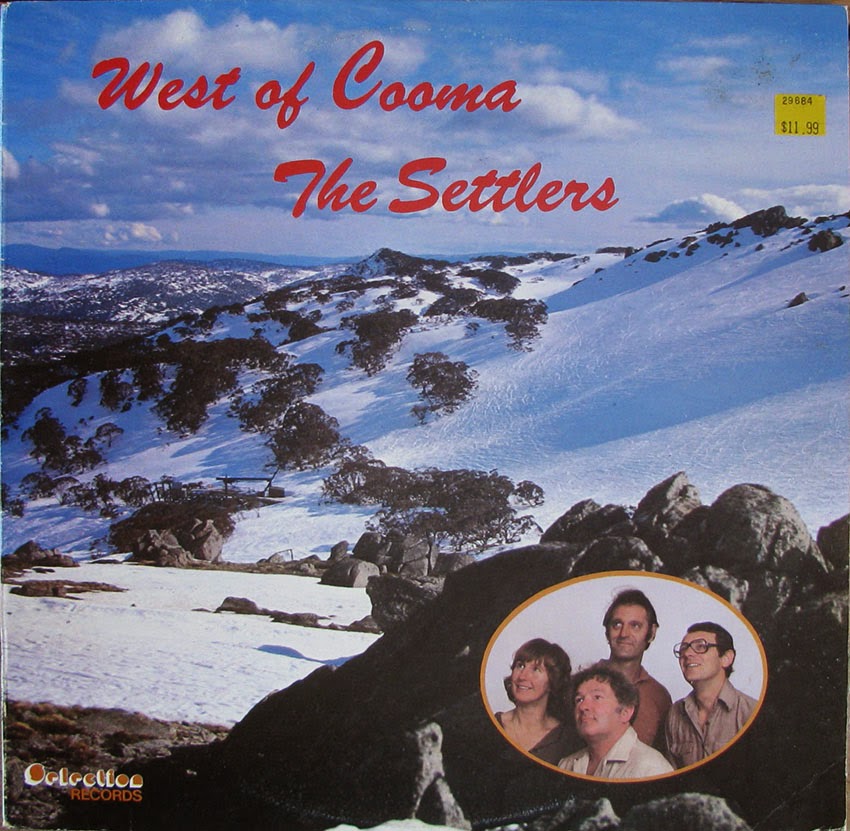 This was the third LP from the Settlers and the last to feature the original artists albeit with a fair bit of professional instrumental backing (see the LP rear graphic).
Their two previous albums "Sings Songs of the Snowy Mountains" and "Sings More Songs of he Snowy Mountains" in the late sixties were very successful (from a folk perspective) but they all went their different ways until they were re-united for the recording of this album in December 1980.
Somewhat fittingly, the songs on this album are mainly reminiscing upon their past days working on the Snowy Mountains Scheme. All tracks are by the late Ulick O'Boyle except for "Haulpack Blues" penned by both Paul Davey and Ulick.
Overall the album has a country folk feel to it and Settlers fans will love this one too.