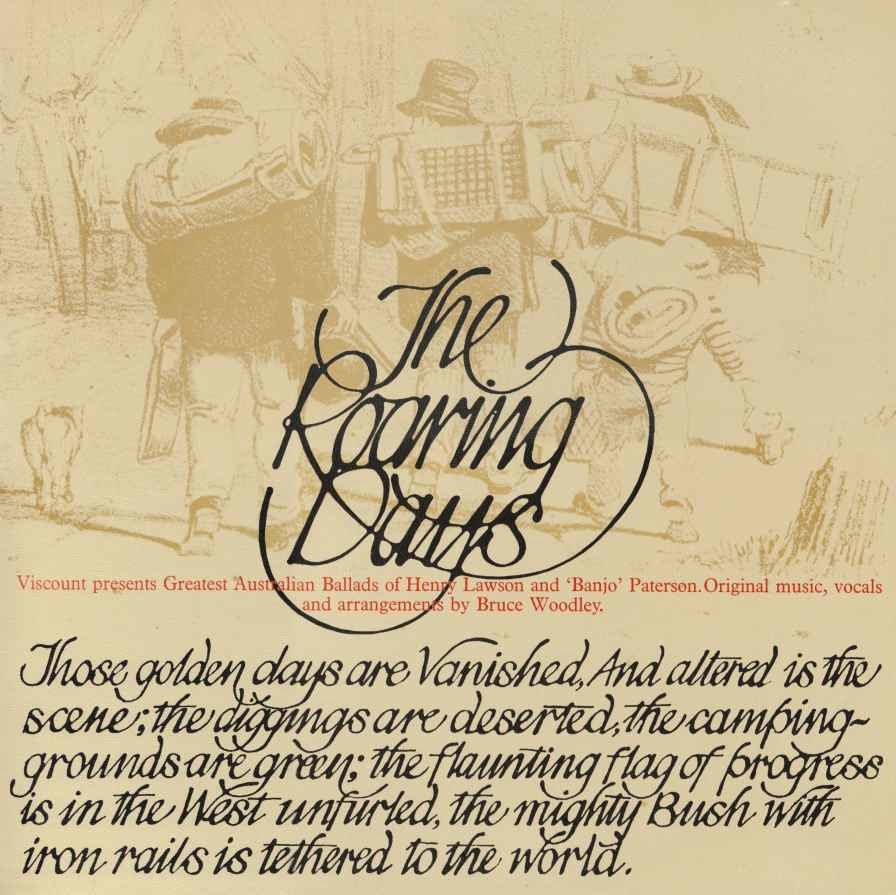 As most of our visitors will know, Bruce Woodley was one of the original members of  "The Seekers". Judith Durham and subsequent ladies were the lead vocalists but Bruce took the male lead. He was also the song writer member of the group and also occasionally collaborated with Paul Simon. He was also co-author with Dobe Newton on "I am Australian".

I have no idea who ripped this album but it is a very good rip obviously from a well preserved LP. I have not touched the material at all. It is a mixture of poems and songs encoded at 320 CBR which is a little excessive especially for the unaccompanied poems so if you are short of storage memory as in phones, players and tablets, they can be converted to a lesser rate without any apparent loss of quality. My thanks to whomsoever did this rip.

This was a promotional album commissioned by Viscount cigarettes but it is obvious that they did not skimp on production costs. The instrumental backing is high class yet relevant to the folk/pioneer theme. On two tracks Bruce is accompanied by Linda George.

The vinyl labels identify the album as Volume 1 but apparently they never progressed to a Volume 2 - That's a real pity! Graphics includes the lyrics/verses to all tracks.