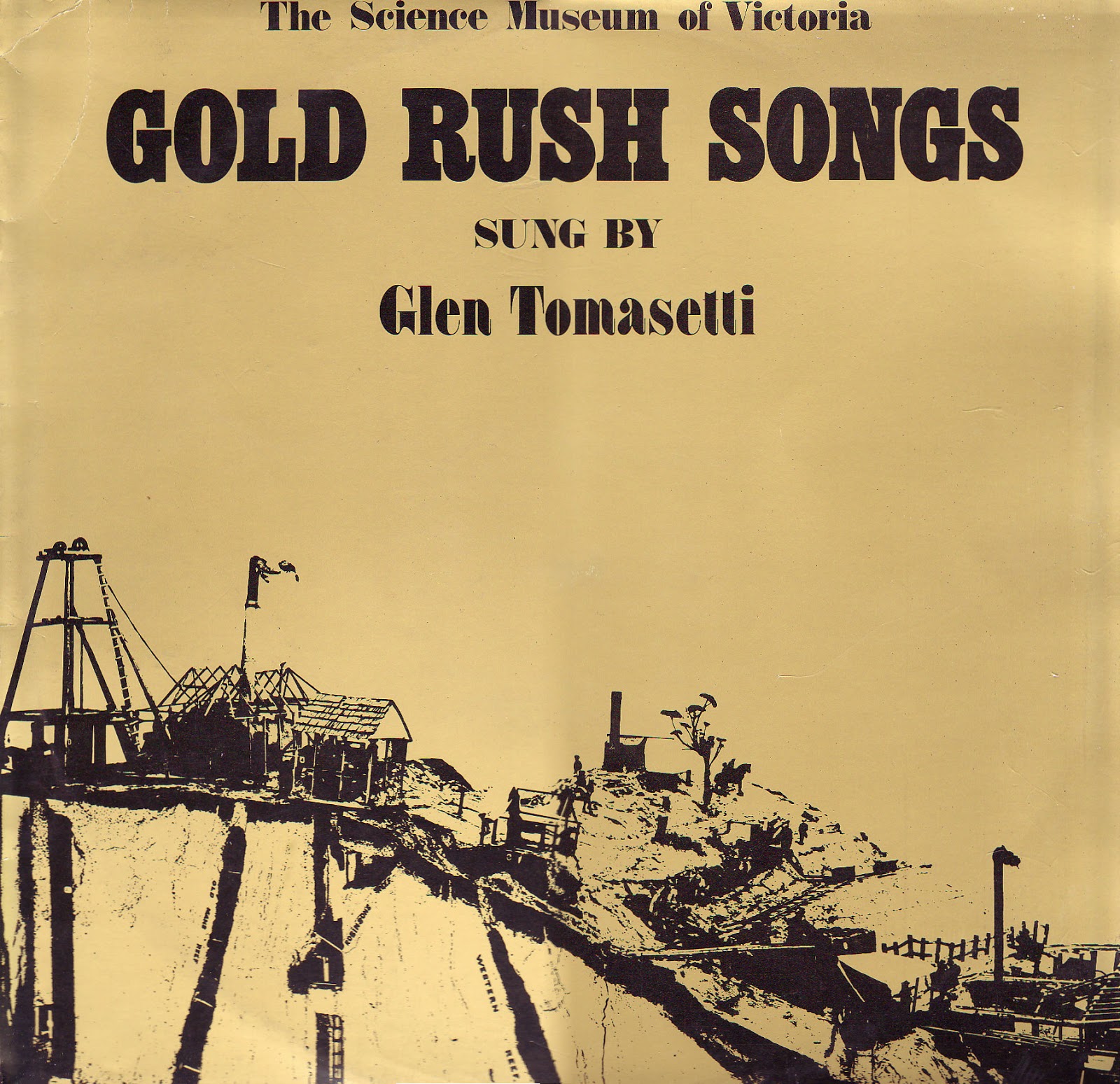 Yes, I am still alive and am resuming posting. I have others to complete but it will be slow so please be patient.

I have previously posted Glen Tomasetti's album of traditional songs mostly from the British Isles.
This particular album "Gold Rush Songs" was commissioned by The Science Museum of Victoria (State of Australia) and published in 1975.
Unsurprisingly, it features many songs penned by that Victorian Goldfields troubador, Charles Thatcher. The liner notes (scan included in the download) identify known authorship of both the lyrics and the original tunes. Somewhat surprisingly, the late Glen Tomasetti claimed the tune to which she has put the words of "I've been to Australia - Oh!" considering that the tune of the chorus is lifted wholesale from the Scottish traditional "The Barnyards of Delgaty". She must have forgotten this.

The tracks are relatively simple performances - just Glen Tomasetti singing to her own guitar playing. On MP3 VBR the tracks came out in the 160's and are of good quality but if someone wants higher or even flac. I will be happy to oblige (flac link now available below).

There are a lot of songs on this one that are rarely heard which makes this album invaluable for Australian folk fans.