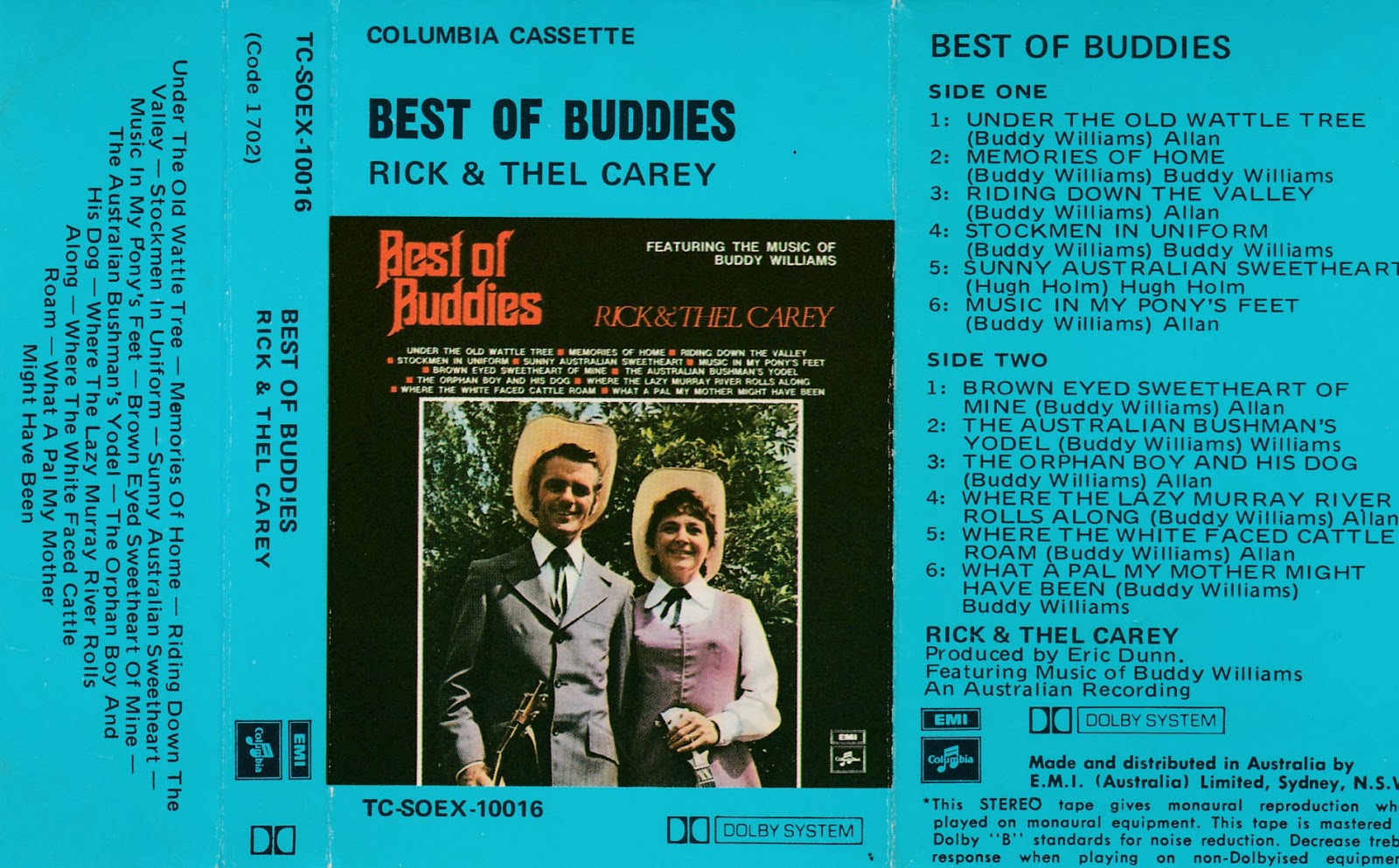 "Best of Buddies" is so named because it is a tribute album to the original Australian country and western singer and composer Buddy Williams (he did follow in the footsteps of that other great performer - the New Zealander, Tex Morton).

I have no idea when the album was originally released but the term "tribute album" probably had not been coined then.Rick and Thel Carey, a husband and wife team, were active from 1950 to 1987 and extensively toured during much of that period and had lots of radio and television appearances. They were a class act with a prolific output. Their performance with extensive backing has brought a more modern Country and Western feel to these songs as contrasted to Buddy Williams' hillbilly style where his superb guitar playing was usually his only accompaniment.

Additional: Donnatv has again come to our rescue through identifying that the LP issue of the album was dated 1973. Many thanks!

The album has ripped well and required only basic editing. Thanks very much to the kind contributor who provided this and other cassette tapes. the file is 42Mb with all tracks are MP3 at 192-224kbs. Graphics are included.

Please email mr.stockman@gmail.com if the file becomes unavailable for downloading. The file is a zip file which will need to be decompressed before playing.
Posted by Paul the Stockman at 11:32 PM