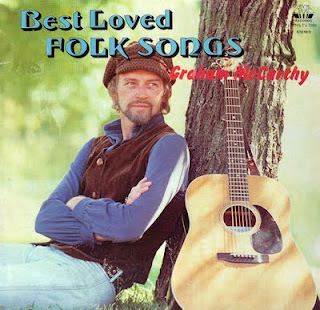 Graham McCarthy is better known as the male half of the couple Lyn and Graham McCarthy who commenced their folk singing career in Adelaide in the early 1960s. They then spent many years in the UK where they were very much in popular demand especially for TV performances. They produced four albums of mixed Australian, US and UK folk music in the UK returning to Australia in the 1970s. This solo album was subsequently produced in Adelaide and is an eclectic mix of English language folk music but with an Anglo-American folk music emphasis.
On some of these tracks, McCarthy demonstrates an excellent folk singing talent and there is some great backing music. The negative is that some of the original recordings appears to have been poor and the sound engineering (by someone named “Mad Mal”) is strange (It took me two LPs to discover this factor). Nevertheless, this LP was well worth the ripping effort.
Track List
Download with Graphics MP3 VBR 192-224
From MediaFire