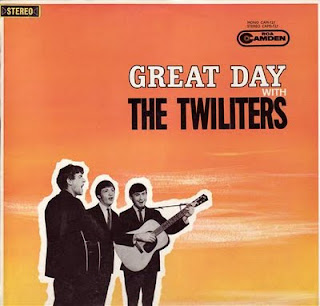 The Twiliters, affectionately known as the 'twits', originated in Perth, Western Australia. This trio was one of many inspired by the Kingston Trio and their successors in the American folk scene and, as such, relied heavily on Anglo-American numbers. They were, by far, the best Australian exponents of this type of folk music and, as Warren Fahey notes, a lot of their music was adopted with variation from that of the American "Journeymen" group. They produced two LPs, this one in 1967 and The Twiliters in Concert in 1966 (anyone have it please?).
Franz from Austria has done the bulk of the work cleaning up this album for which I am most grateful (I've been caught up with virus and installation problems).
If you are a fan of such artists as the Kingston Trio, The Limeliters, The Journeymen, The Brothers Four and similar folk groups, you will enjoy this album. All tracks are MP3 VBR 192-224 mostly at about 212kbs.