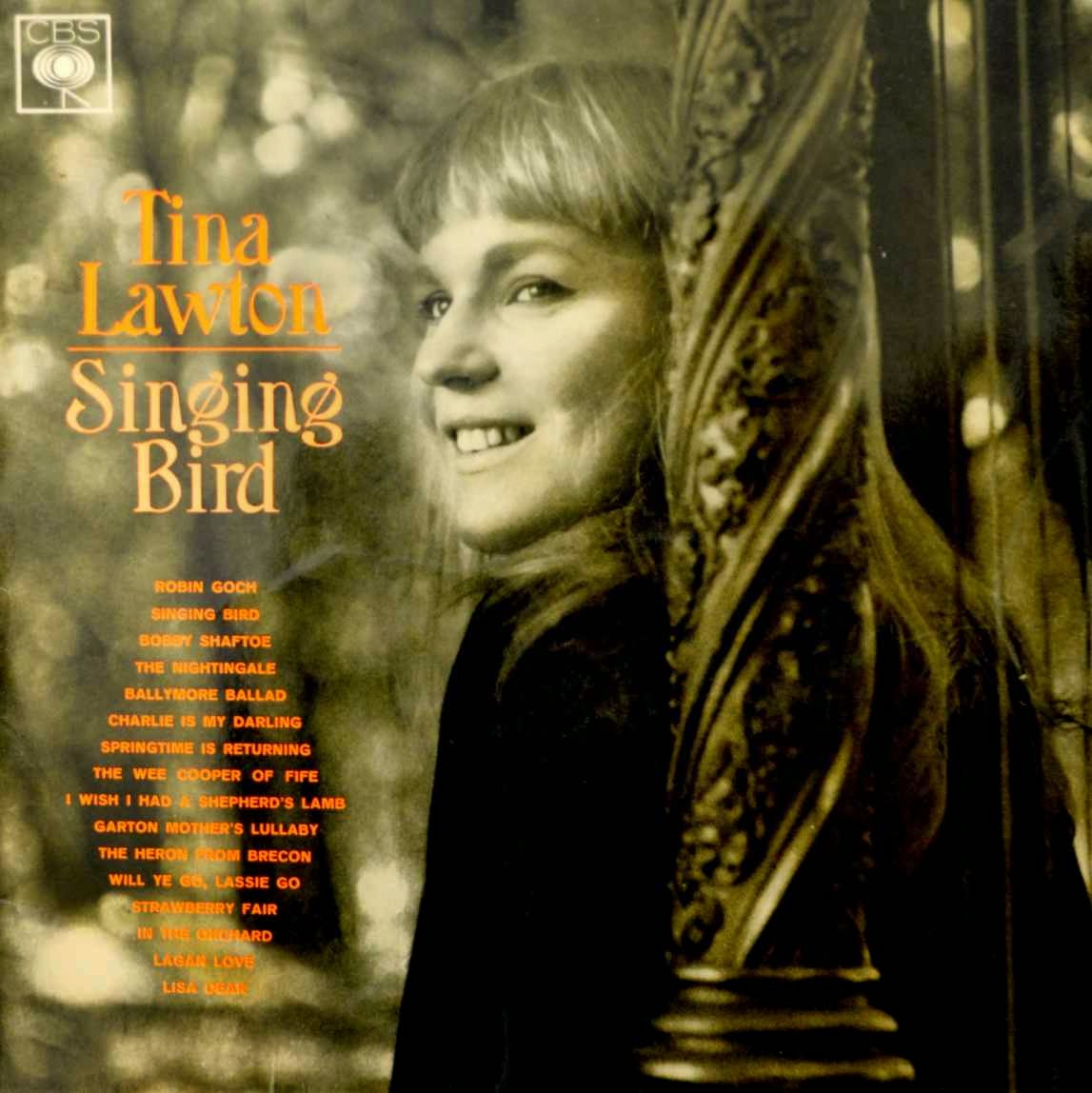 Well, it has taken a while but here is an acceptable rip of Tina Lawton's second album "Singing Bird". (I am hopeful of a better rip of her first album soon).

This is from an uncleaned rip I managed to find somewhere. I have given the tracks a light cleaning and they have responded well to this treatment. You may notice a staccato effect in some of the higher voice ranges. I suspect this is because, when recording, output was still going to the speakers and the turntable was on the same surface and slightly vibrated during play.

Anyway, enough raving on for the moment. On this album, Tina was accompanied by the harpist Huw Jones, who also arranged all the pieces, and Russell King, a flautist. All tracks are traditional songs from the British Isles.

Posted by Paul the Stockman at 7:57 PM