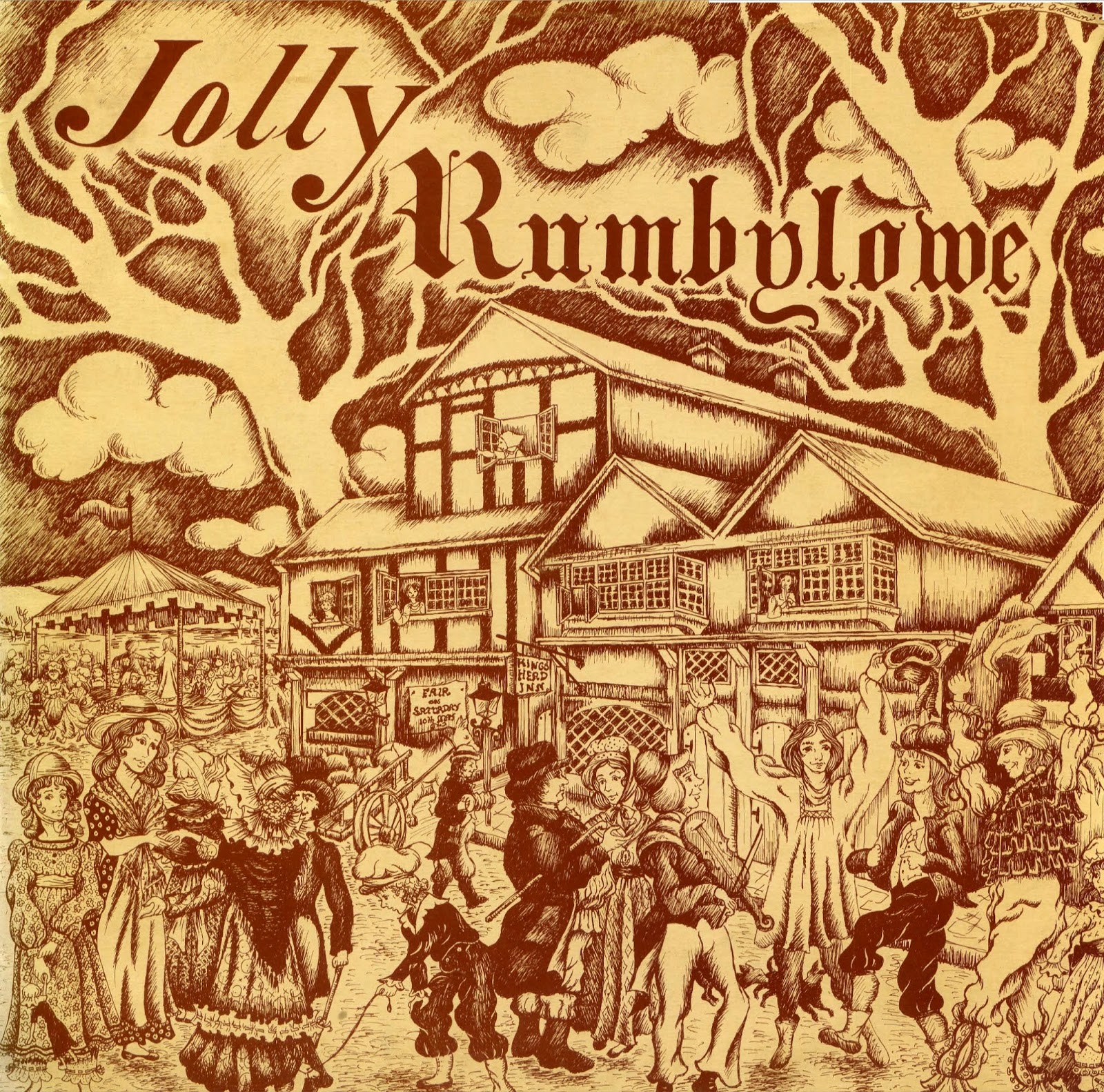 "Jolly Rumbylowe" was a Brisbane based group of five musicians, namely, Don Nichols, Marty Gallagher, Alan Forshaw, Liz Thompson, and June Nichols.
In this album they successfully emulate what I call the English local pub style - lots of participation and lots of enthusiasm and songs to match. They do it very well too.

It is quite a mixed bag of traditionals too -  including salt water songs, festival songs, fox hunting, and pleas for sustenance on celebration days and a couple of classics. The "A' Soalin'" song was so named when Peter, Paul and Mary put it out as a hit. It's better known historically as "The Soul Cake Song" which the poor would sing on certain saint's days, most notably All Hallows Day, pleading to be fed the traditional soul cakes. The relatively modern "trick and treat" is believed to have derived from this custom.

The Album is from Ian of Tasmania and the LP has been fairly-well preserved. There are some minor glitches and I did remove a few but editing was largely restricted to removing equipment and vinyl noise.

Total compressed file size is 70Mb and contains all tracks and the graphics. You will need to decompress it.

Click here to download the album file.
It will need to be decompressed for playing.
Let me know if you have any problems - mr.stockman@gmail.com
Posted by Paul the Stockman at 5:48 PM