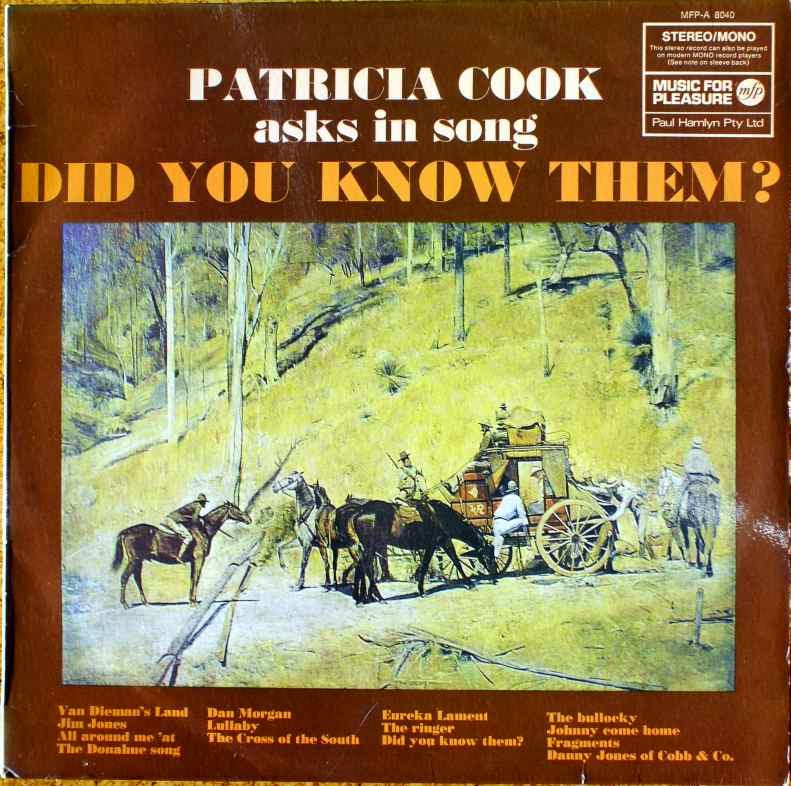 Another of the offerings from Ian. Again, a big vote of thanks to you Ian.

This is the sole album (1968) from the late Patricia Cook. She has appeared on this blog before in respect of four tracks she performed on Lionel Long's 1963 2xLP set "The Bold Bushrangers" which featured songs written by her then husband, the late Kenneth Cook better known for his literary output ("Wake in Fright" etc).

This album includes a few rarer tracks in the Australian folk tradition and a transport version of "All around my hat". Her performance of Van Dieman's land is, to me, reminiscent of the singing of Delia Murphy, the "Queen of Connemara" who accompanied her husband Thomas J. Kiernan when he became Ireland's first Ambassador to Australia in the post-war 1940s. She often appeared on the ABC singing the songs of her homeland especially "Spinning Wheel".

Excellent backing to the tracks from the renowned guitarists Don Andrews and Sebastian Jorgenson.