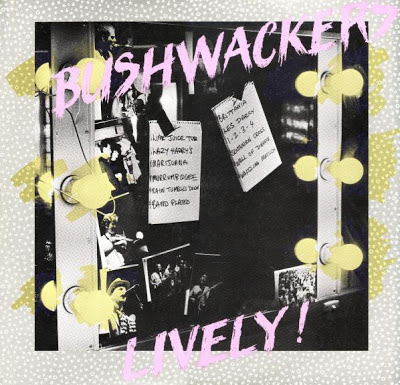 This LP was recorded live at the Revesby Workers Club in Sydney in 1984. At that time, the members of the band were Dobe Newton, Roger Corbett, Tommy Emmanuel, Danny Bourke, Tony O'Neill, and Freddy Strauks. Although the LP features only 12 tracks, it contains about one hour of music as there are some extra instumental segments in some tracks. Overall, the LP used was in very good condition; the one exception being some sibilation on "And the Band played Waltzing Matilda".

Each side features unbroken continuous performances, that is, there is no gap between tracks so I have ripped the LP simply as side 1 and side 2. If you feel it necessary, you can break the sides down into the individual tracks.

Side one features, in order, Lime Juice Tub, Lazy Harry's, Marijuana Australia, Murrumbidgee (instrumental), When the Rain Tumbles down in July, and And the Band played Waltzing Matilda.

Side two, in order is, When Brittania ruled the Waves, Les Darcy, 1-2-3-4, Beneath the Southern Cross, Wall of Death, and Waltzing Matilda (Queensland version).

Download with Graphics MP3 @ 224-256VBR abt 100Mb
From MediaFire
Link failed? Then please leave a comment or contact mr.stockman@gmail.com
Posted by Paul the Stockman at 10:47 PM