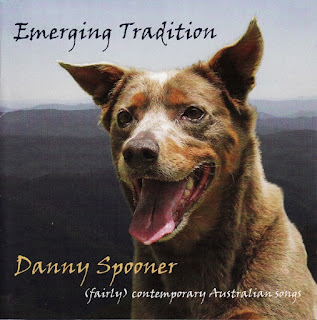 Well this one is very accurately sub-titled "(fairly) contemporary Australian songs". It is a marked contrast in every respect to the preceding  "When a man's in love". All very Australian and of known authorship and all of the genre that I think of as "contemporary folk". The tracks include ones penned by Eric Bogle, Bill Scott, Don Henderson, John Dengate and Judy Small. You can also find all the lyrics here on Garry Gillards site.

Download MP3 256CBR 91Mb
Danny Spooner's widow has advised that plans are currently underway to expand the www.dannyspooner.com website to re-release Danny's music to raise funds for a memorial statue. Accordingly, the album is no longer available for download.
Posted by Paul the Stockman at 2:21 PM