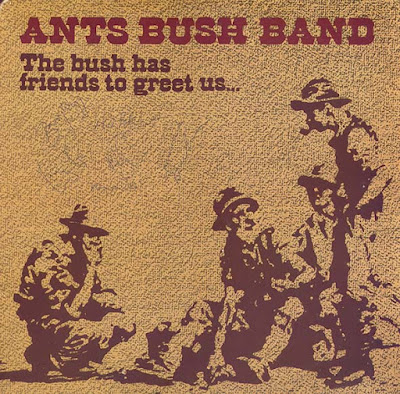 And another vinyl rip provided by the Victorian Bush Folkie. Thanks mate! I never knew about this album despite a fair degree of research on the band. It was recorded in August and September 1986 according to its jacket produced by Nicholls N Dimes Records. The Band members at that time were Paul Duncan, Ron Salter, Michael Roberts, Barry Wiggs, Mary McDonald, and Dominic Dickson.

Cleaning the LP did present some difficulties especially on the B side (tracks 7 to 12) but all tracks are at an acceptable level - just don't listen too critically please.

Most of the tracks are of relatively modern authorship; the exceptions being the medley at track 1 and "The Leaving of Liverpool" (track 10). However, three tracks, as noted in the track list, have traditional dance interludes. I think I can identify two of the dance tunes but, rather than make a fool of myself, perhaps some kind soul can confidently identify them (perhaps Mr. Kind Appo?) Yes he has identified them (see his comment and subsequent correction by band member Paul Duncan).

Proceed to download compressed album file with graphics MP3 224-256 VBR 71 Mb by clicking here.
You will need decompression software or capability to extract album and its files.
Leave a comment on this post or send email to mr.stockman@gmail.com if file no longer available for download and I will re-upload it.
Posted by Paul the Stockman at 10:01 PM