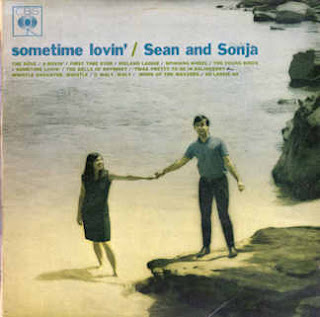 Sean Cullip and Sonja Tallis were a couple of teenagers when they combined in 1964 to form a folk duo, Sean and Sonja. Their good looks, talent and great harmonisation brought them to favourable notice. In 1965 they were signed to CBS and produced three very successful LPs until Sean was conscripted to serve in Vietnam in 1966. This LP was the third of these. In 1968, they were reunited and played the circuits until 1974. Sonja went on to become a moderately successful actor best known for her role in the Australian soapie "Prisoner". I understand that she now teaches acting and is still involved in theatre. This rip was done and generously provided by another Paul who hails from Brisbane. Many thanks Paul!

Posted by Paul the Stockman at 5:45 PM