Warren Fahey has been singing, producing, promoting, history writing and just about anything else about folk music in Australia for decades. He was the founder of the Larriken label which supported so many Australian Folk Singers. (Google him if you'd like to know more about this fine man and his very extensive website).
This was one of his earlier albums first produced by EMI in 1977 and later released on Larrikin label. It has never been released on CD. Some of the songs have been released on later albums but they are new releases with different line-ups of musicians.
All the tracks on this album were collected in Australia and most of them are sea songs or shantys with a couple of obvious exceptions. This is not one of my rips but it is a good one. the encoding rate of 128 CBR is a little lower than I like but these, soundwise, are relatively simple tracks and they will not disappoint. The LP Title "Limejuice and Vinegar" refers the use of these products to prevent scurvy on the lengthy trips to Australia. 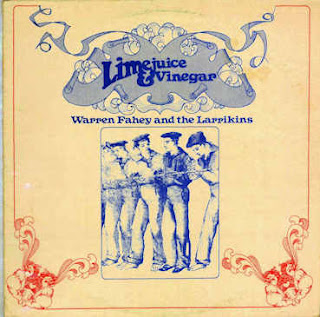