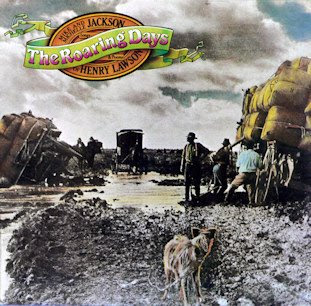 Tracklist
1. The Teams
2. Jackson Stomp
3. I'm a Prouder Man than You
4. Andy's Gone with Cattle
5. The Ballad of the Drover (recitation)
6. The Waterfall Waltz
7. Sycamore Cottage
8. The Song of the Bullock Driver
9. When the Children come Home
10. The Free Selector's Daughter
11. The Hastings Waltz
12. The Fire at Ross's Farm (recitation)
13. The Belltrees Polka
14. Australian Bards & Bush Reviewers

Mike and Michelle Jackson were together from 1979 to 1986. My kids adored them because they featured in the ABC TV Playmates; a young children's show. They were a very talented couple and each could play a large range of musical instruments as evidenced by the excellent instrumental tracks on this LP. Most of their output was aimed at children but they produced two folk albums. This LP, as the name indicates, also features the poetry of the noted Australian poet and short story writer, Henry Lawson, put to music other than the two recited poems noted above.

This is another great rip from Ian of Adelaide of a great LP. All graphics included.

Posted by Paul the Stockman at 5:31 PM