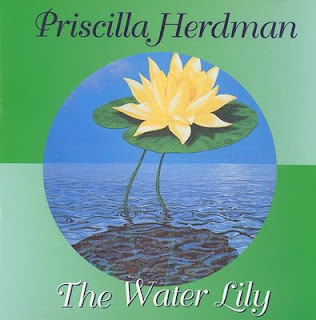 Priscilla Herdman is now relatively well-known in folk circles especially in the USA. She was born in 1948 in America and has released several albums by herself and others, most notably in trio with Anne Hills and Cindy Mangsen. She started slowly; releasing her first LP, the brilliant "The Water Lily", in 1977. The astonishing feature of that LP is that seven of the songs on the album are from the poems of Henry Lawson, namely, The Water Lily, Andy's Gone with Cattle, The Drover's Sweetheart, Do You Think that I do not Know, The Bush Girl, Reedy River, and The Shame of Going Back. And an eighth song is Eric Bogle's And the Band Played Waltzing Matilda. The other three are more international; Dancing at Whitsun, Old Wooley, and Jock O'Hazeldean. I have never seen an explanation as to why a young USA folksinger who had never travelled developed such a focus on the poems of Henry Lawson (she has since been to Australia). Mind you, I am not complaining. Sorry, but I cannot post that album as it is still readily available for purchase in America and some limited availability in Australian (far too expensive from most Australian suppliers though). The cover picture is from the 1995 CD re-release. This is a CD that is well worth getting and, in my opinion, is the best of all Herdman's albums.
Posted by Paul the Stockman at 8:23 PM