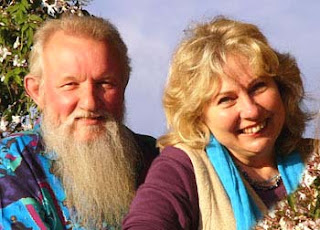 Paul and Richenda will be well- known to many involved in the Australian folk scene. Paul came to Australia in 1964 after previous involvement in folk music in England. Richenda has been an ardent Australian folk fan and occasional performer since her youth in Perth. After some footloose wandering, they settled in Maleny, Queensland in 1993. Both are engaged in a number of activities and continue to be heavily involved in folk music. Both have been profiled in Trad & Now.

(previously had details of their website in this prargraph. Unfortunately the site is no morte - see comment by Richenda below.)

And for those of you who have never been there, the drive and the towns on the top of the Blackall Ranges, Maleny, Montville and Mapleton, is a great tour. Just be sure to stop often and enjoy the scenery and the offerings of the towns.